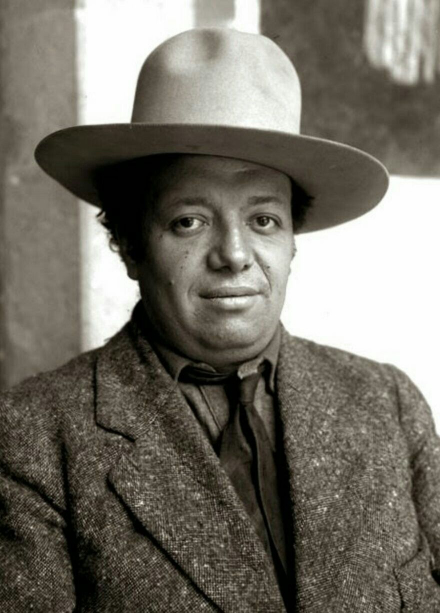 Diego Rivera, world-famed Mexican artist, died early this morning in his home here. He was 70 years old. Señor Rivera had suffered from diabetes in the Nineteen Forties. Two years ago word leaked out that he had cancer and he went to Moscow for treatment by Soviet doctors. Early in 1956 he announced he had been cured by cobalt treatments and returned to Mexico City. Señor Rivera, controversial in both art and politics, was once expelled from the Communist party and then readmitted on his own request. He had been active until the last days of his recent illness. Only his physician and members of his family were with him when he died at 1:15 A. M. [2:15 A., M., Eastern Standard Time.]

Uncompromisingly radical in word and work, head over heels in controversy his whole lifetime (at least from the age of 5, according to one story). Diego Rivera was the exemplification of an artistic renaissance in his native Mexico. He was this generation's best known mural painter and the center of one of the most extraordinary episodes in the history of American art. Physically huge, sweeping in thought and conception, Señor Rivera practiced in art's biggest hall, crowding into expanses of blank wall frescoes that championed the world's workers and cruelly caricatured persons of authority and wealth. As bitterly as he was assailed for his beliefs he was defended by many prominent artists and critics who had adjudged his massive depictions the work of a born master of the mural form. They placed him in the very forefront of the generation's creative activity. His work sprawls across public walls in Mexico City, Los Angeles, Detroit and other cities. He has been represented in New York in the now defunct New Workers School. That series of thirteen panels, depicting the history of America is on permanent exhibition at Unity House, a vacation resort of the International Ladies Garment Workers’ Union, A. F. L., in Forest Park, Fla.

What might have become his most gazed upon work, a mural in the main building of Rockefeller Center, was carted away as dust and small chunks of plaster after the intransigent painter decided to make Nikolai Lenin the key figure of an enormous tableau, representing him as mankind's leader.

Rivera, who had gained his fame as a painter of Mexico's revolution, had been retained by the Rockefellers in 1933 and had submitted a preliminary sketch of his projected work, which had been approved. As his work progressed Nelson Rockefeller notified him that he thought the prominent place the portrait of Lenin had assumed "might easily offend a great many people."

The artist was asked to substitute some unknown face. Rivera balked, arguing that such an alteration would destroy his conception of the fresco, which was to show the emancipation of mankind through technology. Halted while at work on the scaffold before the fresco the painter received $14,000, completing the payment of $21,000, his full fee for the commission, and the mural was covered with paper. In the ensuing furore Señor Rivera charged that his work was being "assassinated," that "commercially minded people" had tampered with an issue of human rights that he described as "the right to create and the right to express truths as I see truths." He told Leftist sympathizers who rallied to his defense that he painted in the United States not merely as an artist but also to further the cause of the proletariat. The Rockefeller Center incident was bizarre in many respects. Some pointed out that the Rockefellers could have had no illusions about Rivera's political doctrines when they retained him. Although he had been expelled from the Communist party in 1929 in Mexico his beliefs had undergone no real change. 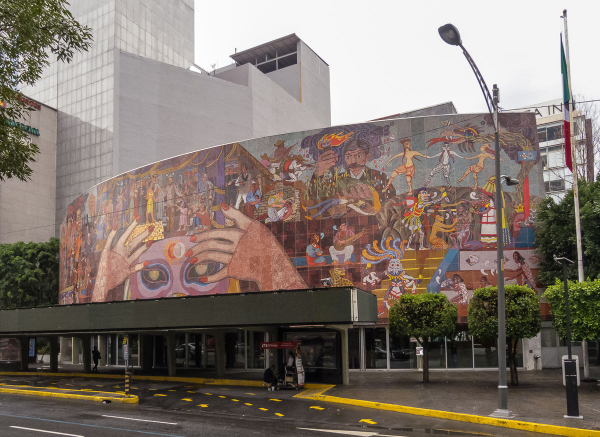 In recent years, Rivera painted himself into fresh controversies.

In 1953, Roman Catholic organizations threatened a boycott of a new Mexico City theatre if Rivera painted the Virgin of Guadalupe in a huge outdoor mural over the marquee. There were protests that his portrayal of Mexico's patron saint was an "insult to the religion of the Mexican people." Rivera finally painted out the Virgin.

Rivera was not a member of the proletariat but the son of a mine owner and one of the leading citizens of Guanajuato, Mexico. His full name was Diego Maria Concepcion Juan Nepomuceno Estanislao de la Rivera y Barrientos Acosta y Rodriguez. One of his ancestors was a Spanish marquis and a general.

His early painting won him a small scholarship for study abroad and brought him into contact not just with French and Spanish artists but also with the anarchists of Madrid. At the first comprehensive show of his paintings and fresco details in this country, exhibited at the Museum of Modern Art in 1931, Rivera was critically acclaimed, particularly for his interpretations of Mexican civilization and his depiction of the Indians.

There was an outcry for the dismissal of the institute's director, Dr. Andres Iduarte, and he lost his job. It was rumored that Communists brought the coffin to the institute under a blanket of flower wreaths that hid the flag. Rivera, rebuked by Dr. Iduarte, threatened to take the coffin into the street for funeral services. Rather than permit this scene, it was said, Dr. Iduarte allowed the services to continue. 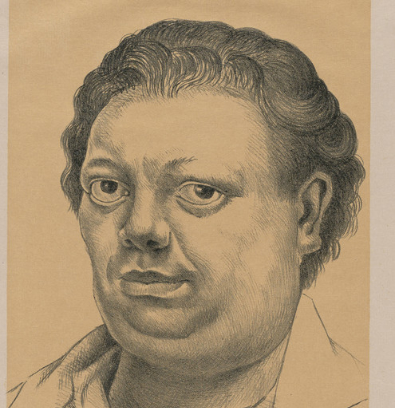